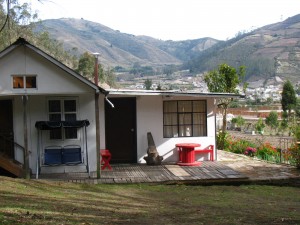 It is hard to believe I have now been in Ecuador for two weeks. I have very much enjoyed it here. Yet I have discovered that if Colombians who migrate to Ecuador either as refugees or for other reasons find Ecuadorian culture to be quite different, the same goes for my previous Latin American experience in Honduras. There are a variety of cultural elements that are different, most notably foods, and every country has its own set of vocabulary. There are suddenly new words I must learn, and I have to be careful not to use words or phrases that only make sense in Honduras or Central America. Even so, I am discovering that climate influences the local culture, with a difference between the generally more open and amiable culture of hot, coastal regions versus the reservedness of people who live in the mountains. 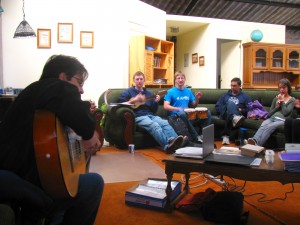 This last week we had our STAR retreat with Paul Stucky, who traveled from Colombia. STAR stands for Strategies for Trauma Awareness and Resilience, though in Colombia it is known as Church Coordination for Psychosocial Action. The retreat involved people who either work directly with the refugee project, have pastoral encounters with refugees (like myself), or are volunteers with the Quito church. We stayed at a campground owned by the Christian and Missionary Alliance church very close to the equator, but high enough that it got foggy in the afternoon and cold at night (fortunately there were wood stoves in the buildings).

Paul gave important information on the psychological stages of victims (which without healing can perpetuate cycles of violence), and we received important advice on how to converse with people that have traumatic stress, in particular engaging their emotions. At the same time, we also had opportunity to get to know each other better as a group, engage our own negative experiences and find personal affirmation. 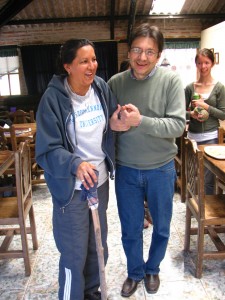 We had really good meals brought in from town and some recreation time in which we played soccer. Unfortunately a number of people ended up injured, including César and Patricia themselves.

A song that got into my head after the one night when we sang various songs as a group ad hoc (And its translation).

I still have not quite gotten into a regular routine. I will be preaching in Calderon this Sunday and leading the small group meeting on Thursday. I have also spent some time visiting participants in the Calderon church, most of whom are Colombian refugees. This church is small, about 20 people that attend. It is also likely that I will begin an introductory Greek course (this was actually César’s idea, though I’m more than up for it) beginning mid-November. I have been staying at the house of Tatiana, who has been in leadership with the Calderon group, but I am moving to my apartment which will double as the place where the church will meet on Sundays.