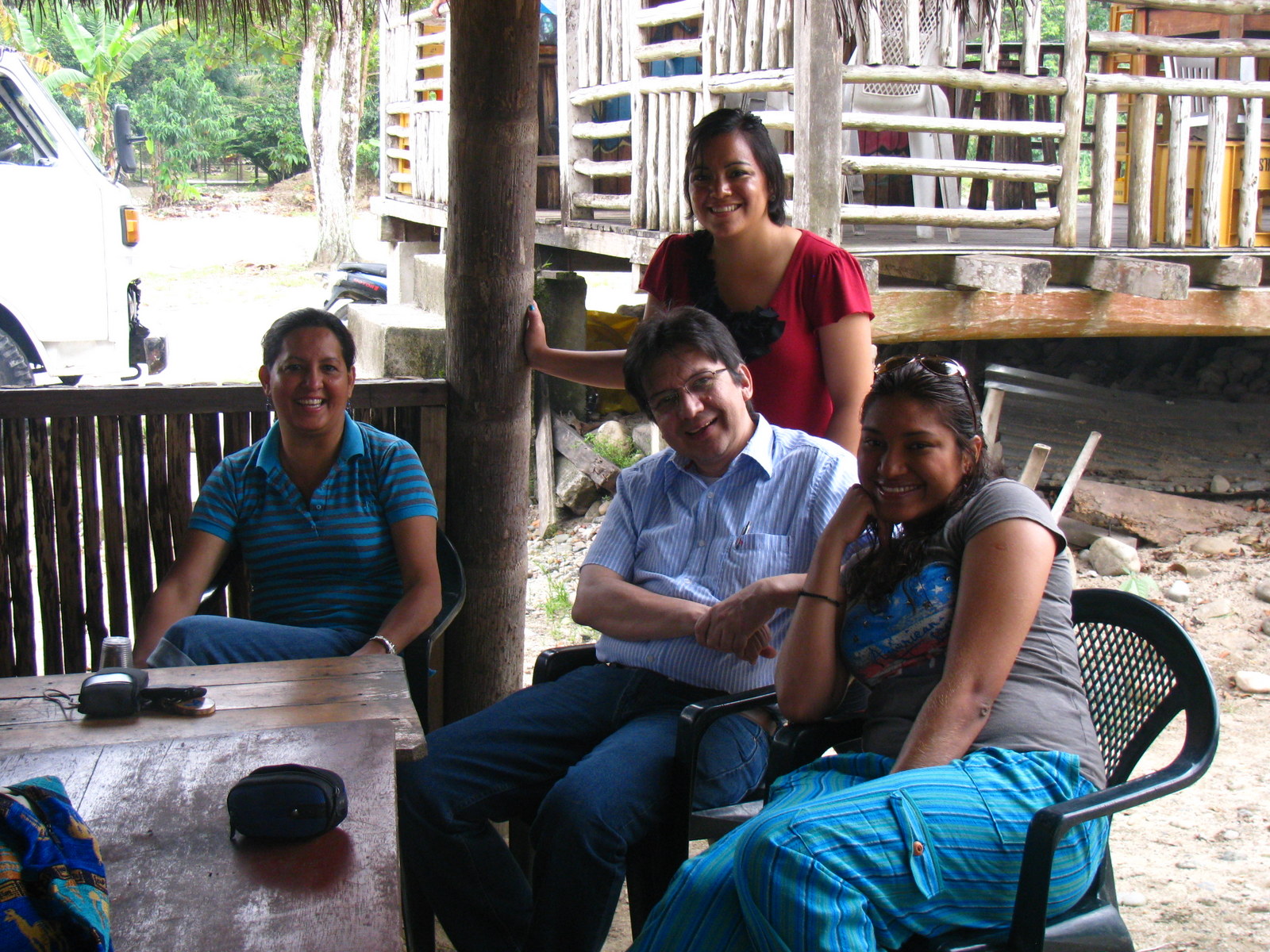 I have now been in Ecuador for a month. Two weeks ago I also went with Cesar, Patricia,
Wendy, and Allyssa to Tena, a small town at the eastern edge of the Andes and start of
the jungle, where we enjoyed a swimming in a river and the local preparation of fish.

At the start of my third week I moved into my apartment which also happens to be the
space where the Calderón church meets. In addition to Sunday worship there is also a time
of prayer Tuesday morning and Bible Study/conversation Thursday evening. A couple of
families have also gotten together to play soccer on Sundays.

My routine has mainly consisted in visiting families that attend the Calderon church–
learning out about their needs and trials– preparing for preaching or other church
involvements and getting my upcoming Intro to Greek course together. which will be Monday  and Wednesday nights in Quito for four weeks. Most of the people I have visited are Colombians seeking refugee status in Ecuador, and they face quite a few obstacles to
finding employment here while their cases are processed.

A road where I sometimes run (if I am willing to run straight up hill for a bit) has a
splended view of the valley where the new airport is located, and you can see the
Antisana volcano or maybe its Cotopaxi, both snow-capped mountains, if the sky is clear.
I just need a chance to get up there with a camera in the morning when it is clearer so
that I can post a picture.

I thought a bit about privilege one day when I went past a desired stop on the electric
bus line and had to get out, cross the street and pay an extra quarter to get in the
station going the other way. Not long before the same thing had happened to a refugee
family. Since they were several people and short on change, they stayed on the line more
than an hour of extra time, till they eventually reached a station that served both
directions so as not to pay to get in again.

I often cook rather simple meals, but eating out is quite tempting, given you can get a
complete Ecuadorian lunch for $1.75 or $2.00. An Ecuadorian lunch consists of a soup as a
starter, and then a plate of “dry” food also with rice, salad, and some sort of meat. I
was a little less enthused by the hoof meat, thought the soup it was in was quite good.
For one dolar more, there is also a oriental/vegetarian restaurant near the church in
Quito, where we have often gone ($2.75). Tortillas (Central America and Mexico) are
unknown here, and beans aren’t consumed nearly as much as other countries like Colombia (or Honduras of course). Bakeries abound, something I can’t complain about.

While on the subject of food, I also accidentally bought a 60 cent package of MSG
thinking it was salt. I tried a little, then looked up glutamato monosódico, reading most
of the Spanish Wikipedia article on it before it dawned on me that it was talking about
MSG. I don’t really know much about MSG, but it has a negative association in my mind, so
I decided that I would rather not intentionally add it on my food.